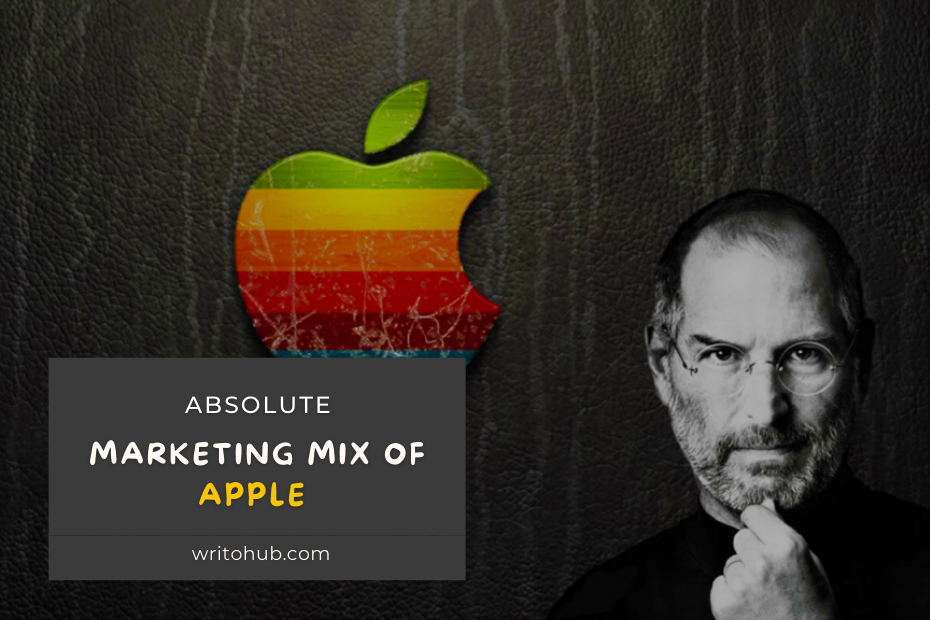 Apple is a California-based global technology corporation that designs, develops, and distributes consumer gadgets, software, and online services. On par with Amazon, Google, Microsoft, and Facebook, it is regarded as a great technology company.

Apple was able to position itself as the market’s leading technology brand because of Steve Jobs’ vision. Apple has grown faster in recent years under Tim Cook’s leadership. Apple is also the first company with a market capitalization of over 2 trillion dollars to have its operating system.

“Innovation” is one of the first terms that come to mind when discussing Apple as a brand. The reason for this is that the company’s goods are small in number, but they are highly powerful and unique. Apple’s product range isn’t as extensive as Samsung‘s or Google’s, but it has the product power to compete with them all.

Let’s start with the Marketing Mix of Apple to learn more about its product, price, promotion, and distribution approaches.

Products in The Marketing Mix of Apple

Apple Inc. is well-known for its technological advancements. It has consistently produced innovative things that have wowed the entire world. Some of Apple’s most well-known items in the marketing mix describe the company’s product strategy as follows:-

Price in The Marketing Mix of Apple

Apple’s marketing mix pricing strategy reflects its position as a market leader in its industry. Competition, on the other hand, has an impact on its pricing.

Apple is known for its inventiveness, yet with innovation comes a price. As a result, to pleasure their consumers, they adhere to a premium pricing strategy.

The majority of its devices, like Apple the Macbook, iPhone, and iPad, fall into the luxury product category. Apple products are expensive, yet they are also seen as status symbols. The question of why these things are so expensive is frequently debated. One of the reasons for this is due to the technology employed in the products.

Apple assures that its products are of the finest quality, with the most up-to-date components and the most fashionable design. You won’t consider other brands after you’ve become addicted to these things.

Place in The Marketing Mix of Apple

Promotions in The Marketing Mix of Apple

Apple is recognized for its sophisticated and attractive marketing campaigns. The company’s main focus is on its product and how to differentiate it from rivals’ offerings. This is where the inspiration for marketing communications comes from.

Take any Apple advertisement and you’ll notice that it emphasizes the elements that set Apple apart from the competition.

Apple recently advertised headphones with a distinctive design, and even that advertisement demonstrated Apple’s uniqueness.

I hope you have gathered all the necessary information about the Marketing Mix of Apple and the 4 P’s of Apple. Stay tuned for more Marketing Mix Articles.