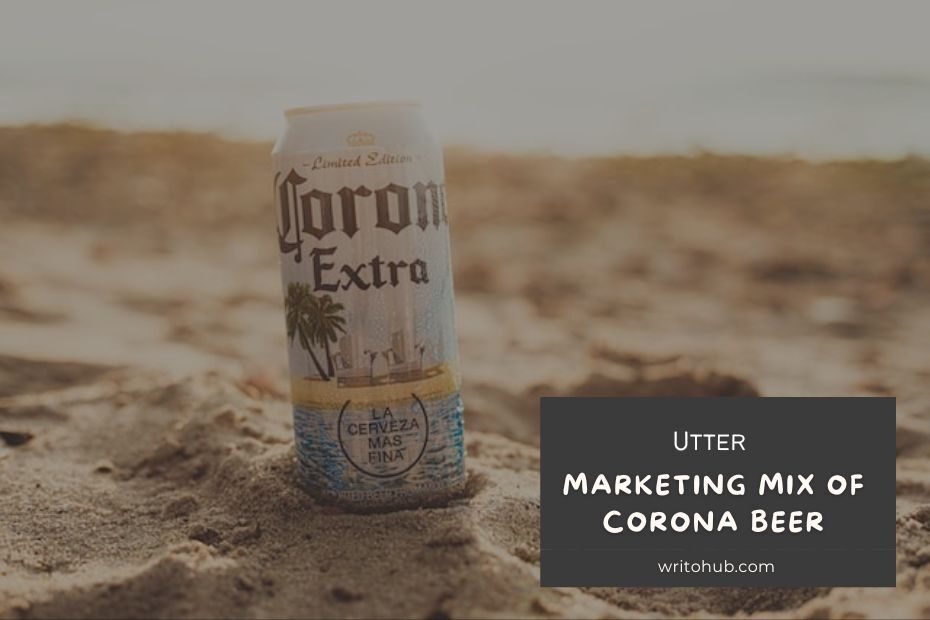 Corona is a well-known beer brand associated with the beverage sector. It was first presented to the consumer market in 1925, and its current maker is Modelo Group. Corona is traditionally served with a slice of lemon or lime for extra flavor and acidity.

Corona is the world’s best-selling beer brand, with a target audience of young people from the upper and upper-middle classes. The following are some of its competitors-

Let’s start with the Marketing Mix of Corona Beer to learn more about its product, price, promotion, and distribution approaches.

Corona Beer is one of the most popular beverages in the world. It is available in a variety of bottle sizes and at least thirty variations to fulfill the needs of various countries. Corona Beer’s product line contains two variations, which are as follows:

Corona beer is produced by its parent firm for both domestic consumption and export to several foreign nations. Its distribution facilities are confined to Mexico, and it has seven brewers using cutting-edge technology.

It was originally introduced in the domestic market in 1925 and quickly rose to become the country’s top beer brand within ten years. With the assistance of Constellation Brands, the brand began exporting it to the United States in 1976, and by 1979, Corona Extra had become the top seller in the imported beer category. Corona began exporting its goods to foreign nations such as New Zealand, Australia, and Japan in 1985.

Corona beer is now widely accessible in almost one hundred and seventy countries throughout the world. The brand has a very excellent distribution policy in place, under which it goes into an agreement with distributors and assists with strategies for overseeing, assisting, and coordinating all agreements.

Products may be found at restaurants, pubs, and even convenience stores.

Because of the high quality of the product and the strong brand presence, there is a large market for Corona beer-related items. For its premium product, the firm has opted to use a premium pricing approach.

Even though the price of identical items from its competitors is relatively lower, the brand has managed to occupy fourth place in the global market. Its high pricing is a symbol of its value-added items and has contributed to the brand’s strong position. Corona’s value-added pricing approach has finally benefited the corporation, resulting in increased domestic and worldwide sales and revenues.

The Corona beer brand has opted not to join the crowd. It established a distinct promotional approach, beginning with inside knowledge regarding customer views and insights. The company’s brand has a distinct personality and a distinct set of principles.

Corona as a brand is interacting directly with its client base through positive signals such as vacations, the beach, and spending time with family and friends, all of which convey intimacy and relaxation. The firm has designed a series of modest, peaceful, and scenic advertisements showcasing beauty and harmony with Corona beer, and these have succeeded to draw in a wider number of people.

Its tagline is particularly fitting, as it associates the brand with words like Corona and Miles away from ordinary. Its advertisements are broadcast on television and shown in newspapers, billboards, and magazines to increase brand exposure and awareness. Corona has signed several sponsorship agreements. It is the title sponsor of Mexico’s professional soccer clubs, the NASCAR Corona Series, and the LPGA Tour tournament Corona Championship.