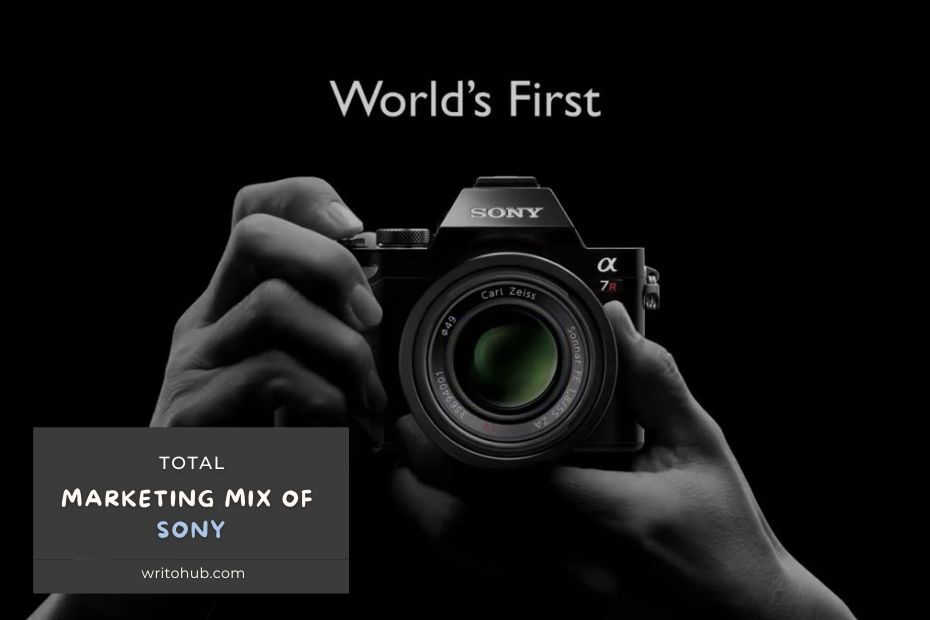 Sony Corporation is a Japanese multinational conglomerate headquartered in Tokyo. Masaru Ibuka founded Sony as an electronics business. It was used to create the world’s first tape recorder. In 1958, the name Sony was chosen.

As we all know, Sony is one of the most prestigious and leading manufacturers of communication, gaming consoles, informational technology products, electronics, and video for professional markets and customers, which has helped the company grow into one of the world’s wealthiest and most likable corporations.

The Sony Corporation is mostly focused on electronics.

Sony is a worldwide known corporation with a diverse variety of operations. They aim to make the most of their uniqueness by implementing their convergence approach aggressively. Sony’s main goal is to captivate and move its clients with its unique products.

When it comes to semiconductor manufacturers, Sony is ranked 20th in the world. Sony Corporation employed around 1,09,700 people by 2020. By 2014, they were one of the top five worldwide brands, with annual revenue exceeding $8.87 trillion.

They are among the market leaders due to their superior quality and service. They exceed their client’s expectations to deliver complete satisfaction.

Let’s start with the Marketing Mix of Sony to learn more about its product, price, promotion, and distribution approaches.

Product in The Marketing Mix of Sony

Sony is one of the most well-known consumer electronics companies in the world. Sony sells both products and services. Sony’s marketing mix product strategy includes a wide range of options.

Consumer electronics, video games, hardware, and mobile phones are all part of the Sony product category. PlayStations are the worldwide market leader in the gaming device segment.

Michael Jackson, Usher, Akon, The Beatles, and other international music artists have collaborated with Sony.

Price in The Marketing Mix of Sony

Sony offers products that appeal to a wide range of customers. Sony sells low-cost, medium-cost, and high-cost items. It takes an inter strategy to different types of customers.

Sony’s price-skimming strategy in its marketing mix works since it is an electronics company.

When a new product with advanced technology is released, Sony charges extortionately to collect the early high returns, then gradually lowers the price.

The Sony product’s sales are boosted by the price reduction. Other competitors tend to catch up in a short amount of time, so it’s critical to know which channels we’ll maintain and which ones we’ll replace.

Sony demands a premium for its exceptional sound quality. Sony’s laptops were priced in the middle range. Gaming consoles, on the other hand, are somewhat costly. This multi-dimensional strategy allows Sony to cater to a wide range of clients.

Place in The Marketing Mix of Sony

Sony’s marketing strategies are always centered on its distribution channels. They make certain that their products are freely accessible to their clients. In a nation like India, where people like to buy long-lasting and durable products, the method of distribution is extremely important.

The manufacturer, retailer, and finally the client make up their distribution channel. They primarily distribute their items through a small group of dealers, such as SONY WORLD.

They have a large presence in India, with branches all across the nation. They have around 7000 channel partners, 260 Sony stores, and 21 branch sites in their distribution network. They employ a single-level distribution route in this case.

Promotions in The Marketing Mix of Sony

Promotion is the key to a successful product launch and raising awareness of the product’s use among target buyers. The promotion has an impact on both the firm and the product.

It greatly aids the company’s profit margins, as well as provides information, and raises customer awareness of the products. Sony Corporation appears to be making good use of this.

“Make. Believe” is their tagline, and it sends a message that initiatives in-network services, electronics, mobile phones, music, and movies should all work together.

It also represents the core of Sony’s innovation and creativity. They use a large number of celebrities to promote their products.

In India, renowned celebrities like Deepika Padukone and Kareena Kapoor used to be the faces of their brands. Katrina Kaif has been named a brand ambassador for Sony’s Xperia smartphone range.

Sony advertises its products via newspapers, televisions, billboards, magazines, and other places. They also have a strong web marketing presence. To guarantee that buyers understand their products and business, they employ a variety of pdf brochures and videos.

In addition, when someone makes a purchase, they can get a card with redeemable points. They primarily focus on gaining clients via a pull strategy.

The goal of their campaign was to promote the debut of white items with the tagline “white is coming.” Many others, however, saw this as racist.

I hope you have gathered all the essential information about the Marketing Mix of Sony and the 4 P’s of Sony. Stay tuned for more Marketing Mix Articles.